Goal or Aim:  The 20K House project began in 2005 as an ongoing Rural Studio research project to address the need for affordable housing in Hale County, provide an alternative to the mobile home, and accommodate potential homeowners who are unable to qualify for commercial credit. The 20K House project gets its name from the highest realistic mortgage a person receiving median Social Security checks can maintain.

Why Pursue this?: The 20K House project gets its name from the highest realistic mortgage a person receiving median Social Security checks can maintain. The objective of the Rural Studio students is to design and build a model home that could be reproduced on a large scale by a contractor and built for $20,000. To date Rural Studio has designed sixteen versions of the 20K House.

What were the key design considerations?:  The three homes in the 20K House Product Line have only one bedroom and measure around 500 square feet. They have big, overhanging roofs that protect the walls and houses from the Alabama sun. They also have tall ceilings so that the higher the ceiling is, the further away the real heat is as it rises. Natural cross-ventilation is key. Two of the houses in the product line (Dave’s House and Joanne’s House) have been appraised at upward of $40,000, mostly because of their efficiency of both materials and energy use.

What is the impact of the program?:  The program is currently figuring out how to make the projects more widespread and scalable:

“In the beginning, they were quite idiosyncratic, personality-based houses, and often quite experimental in form, shape, and materials,” Andrew Freear, director of Rural Studio says. In 2013, Rural Studio expanded the scope of each house, adding larger two-bedroom designs that it believes will allow families to be able to live in the houses. The studio has come up with three house designs that it is tentatively calling a “product line.”

“We can actually get out of the academic research realm and create a real product that can enable people to better their lives,” Freear says. “We’ve hired a manager to roll out the project. The biggest challenge is, how do you keep the price down? How do you keep a builder—if he knows it’s worth $40,000—from asking $40,000? Especially when we know you can make a decent living charging $20,000 to build one. How do you stop someone from reducing the material quality?”

Partners: A variety of local organizations depending on the location of the project

Goal or Aim:  The LSU Community Playground Project has been in existence since 1998 to provide children in Baton Rouge and surrounding communities with safe, fun, accessible playgrounds that the children themselves help to design.

Why Pursue this?: LSU Biological Engineering students are required to take a Service Learning design class in which students are

assigned to work with a local public school to design a playground that encompasses the soul of the community. The design, funding, and construction processes engage elementary students, parents, teachers, and school staff. LSU faculty, staff, and students have worked alongside their community partners to address the community needs, demonstrating a commitment to work with the community, rather than simply providing a product for the community.

What is the impact of the program?:   “Playgrounds are giving kids the resources and access they need to be safe and have fun,” said Tony Daigle, a graduate student in biological engineering and

graduate assistant to Dr. Marybeth Lima, director, Center for Community Engagement, Learning and Leadership (CCELL) and professor, biological and agricultural engineering. “People from all different backgrounds came together today to make a difference.”

Goal or Aim:  This project involves designing China’s first charitable hospital whilst helping foster a new attitude toward rural healthcare. Working closely with the charity and government in Angdong Village of Hunan Province, our task was to develop a model rural health care building capable of supporting the many progressive reforms on rural hospital management and care giving. This includes providing basic necessities absent in current establishments, some as simple as waiting rooms. Additionally, seeing that most institutions in China, such as schools and hospitals, are walled off and managed as contained programs, we were interested in re-introducing the hospital as a publicly-friendly facility.

Why Pursue this?:  Rural healthcare in China currently faces a multitude of challenges. Rural institutions are generally unfavourable compared to those in urban locales. Government subsidies and the raising of doctor and hospital incomes also lead to overcharging and needless treatments and exams.

What are the key changes and design considerations?: The program of a hospital is re-configured from its conventional form. The design begins with a simple strategy to provide a continuous ramp access to all floors. A wide ramp allows for seating and improves circulation. This also creates a large central courtyard space open for public use. At the ground level, the courtyard provides additional steps for seating and serves as an outdoor

waiting area. Materials consist of both recycled traditional bricks, which form the exterior façade, and custom designed concrete screen blocks, which flank the interior spiral passageway. Though from a distance they appear like the common type, these custom blocks are cast in a flexible latex mold. The resulting courtyard exhibits a soft and smoothly changing quality, casting variable shadows throughout the day.

Goal or Aim:  Conceived as an alternative to the conventional master plan, The Plan proposes contemporary solutions grounded in the local assets of a post-industrial, economically devastated neighborhood on the edge of downtown Syracuse.

Why Pursue this?:  The May 2011 tornadoes to the North side of Minneapolis functionally wiped out an existing community garden.  Community members were also looking for ways to increase youth involvement in gardening and healthy foods.

Where does it stand today?: One year after the tornado, there was a celebratory barbecue in the garden.  They plan to continue to engage in community gardening.  According to the Kwanzaa Church, “‘The garden has also proven to affect people’s hearts. Larkin said she is delighted when community members stop to chat with her while she’s gardening. “The garden reminds people of where they came from as children,” she said. “People stop by and say, ‘I remember when my grandmamma had a garden like this and she would make us fried green tomatoes from our garden!’ It allows us to connect with people and gives us the opportunity to invited them to garden with us.'” 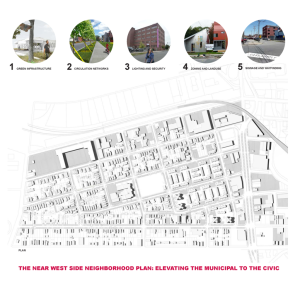 Goal or Aim:  Conceived as an alternative to the conventional master plan, The Plan proposes contemporary solutions grounded in the local assets of a post-industrial, economically devastated neighborhood on the edge of downtown Syracuse.

Why Pursue this?:  The erosion of public school systems, the loss of industry, increasing amounts of tax delinquent and vacant land, and crumbling infrastructure, all have a direct impact on public health, safety, and the environment. New design strategies foreground the cultural, human, and infrastructural

assets of place. Proposals combine design and planning moves at different physical and economic scales, to be implemented as resources allow.

Where does it stand today?: After six years of work, the NWSI has made significant strides in bringing its vision to fruition. The NWSI has leveraged $70 million in new capital investment and attracted 337 full time jobs to a neighborhood that had seen no new investment for decades. In addition 60 homes have been built or rehabilitated and 45 Syracuse University faculty members and 808 students have been engaged in the effort. $3.3 million in green infrastructure has been invested in the neighborhood including some of the first “green” basketball courts in Upstate NY, residential street reconstruction and green roofs. The neighborhood is now home to four LEED Platinum structures including three green homes built as a result of a national design competition and featured in DWELL magazine.

occupy its new 55,000 square foot, state-of-the-art multi-state broadcast center and education facility in the Case warehouse in May, 2013. A community of artists and innovators are becoming property owners within a cluster of renovated warehouses and new structures centering in-and-around West and Wyoming Streets, creating a link between the Near 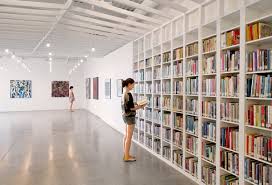 Westside and downtown Syracuse, New York. The NWSI, through all of this community engagement and economic development, is creating jobs, home ownership opportunities, and beautiful public spaces for the people who live in the neighborhood.

An initiative of Imagining America